Japan has been a steady buyer of U.S. wheat for more than 60 years. The market is quality-conscious and generally mature. Wheat consumption has been relatively steady and stable at around 70 pounds per capita due to the efforts of end-product manufacturers. Although consumption of rice, a traditional staple food, has been decreasing.

Wheat imports to Japan are controlled by the Ministry of Agriculture, Forestry and Fishery (MAFF). MAFF imports wheat from registered traders and sells to flour millers at a fixed price, which is determined every six months based on the weighted average of its purchasing cost plus a markup, which is reinvested in domestic wheat production. Japan tenders three classes of wheat from the U.S.:

The Japanese traditional “Udon” noodle is made from Australian wheat and Japanese domestic wheat.

During the pandemic, the flour milling industry suffered a significant loss of flour demand, primarily from lack of tourism and reduced restaurant business. The increased demand for home-use flour (including instant noodles, premix and pasta) was not enough to offset the impact of pandemic shutdowns. The Japan Flour Millers Association (JFMA) explains the reduction in overall flour consumption due to COVID-19 is about 4 percent since FY2019. There is some concern that wheat could be replaced by rice, since a significant decrease in rice demand in recent years has caused excess stock, making it cheaper.

The industry believes wheat flour demand will recover soon. However, dampening this enthusiasm are reports of rapid consumer goods inflation, including food, and its raw materials in the new fiscal year, which started April 2022.

Last September, MAFF raised the price of wheat by 19 percent. In March, they again raised prices by 17.3 percent for sales from April through September 2022. Japanese buyers are afraid that unless there are significant decreases in market prices from this point, another MAFF increase will come this September. Japanese consumers are beginning to be vocal amid rapid food inflation, but so far under the MAFF system, demand of wheat flour has been steady.

Hopes are also high that better weather could generate better production in the U.S. in the coming season, providing a better supply and more attractive prices.

Japan is the largest buyer of soft white club wheat. The first indication of Asian market wheat trade dates to 1906 when Japan’s Masuda Flour Milling Co. imported flour from Centennial Mills in Spokane, Wash. Pacific Northwest farmers formalized the trade relationship with Japan in 1956. Western Wheat Associates and USW have maintained a marketing office there ever since. Today, USW provides active trade service to procurement officials at MAFF and private millers who produce literally hundreds of high-quality flour products for this sophisticated market.

The Washington Grain Commission (WGC) and JFMA have been working closely since 2018 to establish and strengthen the support system for the regional club variety development program conducted at the U.S. Department of Agriculture’s Agricultural Research Service based in Washington. The WGC leads the annual technical exchange based on sample analysis conducted by JFMA.

"As one of the participants of the END Collaborative Study in Portland, Ore., U.S.A, Miss Jo Louise Sauler was able to grasp the technical aspect of the wheat that was evaluated, specifically the Western White, soft red winter wheat and soft white wheat, in terms of the requirements for its possible use. On the same year, we have a project for the removal or an alternative to chlorine treatment for cake flour, which the learning and experience was capitalized.

We have purchased a limited amount of Western White to verify the performance. In our study, we stumbled upon a series of challenges and questions where the assistance of the technical staff of U.S. Wheat Associates was helpful, especially the expertise of Mr. Roy Chung in baking applications and Mr. Peter Lloyd in milling, all made possible with the coordination and assistance of Mr. Gerry Mendoza and Mr. Adrian Redondo

In May 2018, the Washington Grain Commission (WGC) and the Japan Flour Millers Association (JFMA) exchanged documents on the cooperative relationship on the development of white club wheat in order to establish and strengthen this trend. Since then, once a year, researchers from universities have also participated in the evaluation of the quality of new wheat varieties under development and exchanged opinions based on the results. Then, practical results have been obtained, such as the selection of varieties that are appropriate to further develop in the future.

I am confident that continuing these efforts will further strengthen the relationship of trust between Washington state and the Japanese wheat industry. The situation surrounding international grains is largely influenced by the effects of climate change and geopolitical conflicts, but we will strive to further develop a good relationship between the two countries."

This article originally appeared in the May 2022 issue of Wheat Life Magazine. 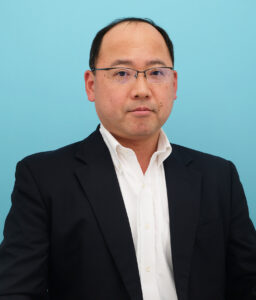 Kazunori “Rick” Nakano is the country director for the U.S. Wheat Associates Japan office in Tokyo. 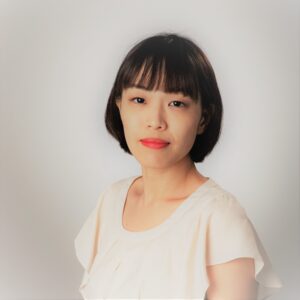 Makiko Ochi is a program assistant and accountant for U.S. Wheat Associates based in Tokyo.