This year, Washington Grain Commission CEO Glen Squires is taking on an additional leadership role to better represent the interests of Washington farmers in the Columbia-Snake River System. In October 2021, Squires was elected to serve as the board president of the Pacific Northwest Waterways Association (PNWA) for 2022. In this role, he aims to increase understanding and awareness of the benefits of Pacific Northwest navigable water infrastructure to the local economies, region and nation. Also, he seeks to promote the message that salmon and run-of-river dams with fish passage can coexist. Squires sat down with the outgoing PNWA Executive Director Kristin Meira to look forward to next year and assess what they expect will be coming around the bend.

SQUIRES: What are the latest developments in Northwest salmon conversation?

MEIRA: When it comes to the ongoing litigation against the Columbia River System Operations plan developed by the U.S. Army Corps of Engineers, Bureau of Reclamation and Bonneville Power Administration, the Biden Administration and plaintiffs recently hit “pause.” In the short term, the plaintiffs and the administration agreed to a short-term settlement on how much water will be routed over the spillways of those dams vs. through their powerhouses. Fortunately, those new spill levels shouldn’t impact navigation on the river system.

This pause in the courtroom is evidently meant to provide the Biden Administration and the plaintiffs with the opportunity to talk about broader issues and try to come up with a comprehensive path forward. We’ve met with some of the federal representatives who’ve come out west to see the issues for themselves, and we understand that negotiations have not yet begun. There is great concern in the region about the potential for politics to overtake science.

We’ve also seen different kinds of involvement from the Northwest congressional delegation in the past year. Sen. Patty Murray (D-Wash.) and Washington Gov. Jay Inslee announced a couple month ago that they were going to convene their own study to determine how to replace the benefits of the Snake River dams, with a deadline that coincides with the end of the short-term litigation settlement. It is difficult to envision a comprehensive study of the Snake River dams being completed in that time. Earlier this year, Rep. Simpson (R-Idaho) rolled out his vision for Snake River dam removal, which so far, has not moved forward in any bill in Congress.

Lastly, there have been exciting, positive efforts from some Northwest leaders to bring attention and funding to our region’s fish runs. Sen. Cantwell (D-Wash.) worked to secure historic funding for fish in the IJA (Infrastructure Investment and Jobs Act) bill, including $1 billion for culvert removal, $1 billion for salmon habitat restoration grants, $400 million to build and expand salmon hatcheries, $500 million for fishery research and more. Earlier this year, Reps. Derek Kilmer (D-Wash.) and Marilyn Strickland (D-Wash.) were successful in shepherding the PUGET SOS (Promoting United Government Efforts to Save Our Sound Act) bill through the full U.S. House. Their bill would enhance the federal government’s role and investment in Puget Sound, the nation’s largest estuary by volume, which is vital to the recovery of Puget Sound Chinook and other salmon.

SQUIRES: What about the Columbia Basin Collaborative?

MEIRA: Given the public positions of Govs. Inslee and Kate Brown (D-Ore.), there’s been significant trepidation in the region about this new forum. That apprehension was heightened when we saw the lopsided composition of the forum’s decision-making group. Though we have excellent people representing the so-called “river economy” interest on the I/RG (Integration/Recommendations Group), there is significant worry about whether this new group is truly representative of all viewpoints.

SQUIRES: So, when it comes to the river and salmon, what’s next?

MEIRA: Our key message has been and will continue to be that there’s no single cause of our region’s salmon issues, and there won’t be a single solution. There are a lot of other things that are less expensive, more beneficial to salmon and less impactful to our economy that we can and should be doing first, rather than continuing this myopic focus on dams with world-class fish passage that provide so many benefits to our region.

We’re especially focusing on helping educate Pacific Northwest citizens—especially the many newcomers living west of the Cascades and in some of the larger cities elsewhere—about the critical role hydropower, irrigation, navigation and other benefits the dams play in mitigating climate change. After all, if we can’t get ocean warming, acidification and prey base changes under control, it doesn’t matter how great our work for salmon in the rivers has been.

SQUIRES: How about the lower Columbia River projects and activities that are underway or planned?

MEIRA: The lower Columbia River is the work horse of the U.S. West Coast when it comes to exports. Every day, our federal navigation projects in the lower river keep our nation’s farmers and other producers connected to overseas markets.

Maintenance dredging is a significant annual need, and we must always remind our legislators of how critical our 43’ federal channel is to accessing the world. Beyond the channel, we are celebrating continued progress on the rehabilitation of the jetties at the Mouth of the Columbia River. These enormous rock mounds protect navigation across the treacherous Columbia River Bar, and they take a pounding. Rehab work started five years ago, and construction is complete on two of the three jetties. But the third and final jetty is the biggest of all, and we’re pleased to have secured funding for the Corps of Engineers to see the project through to completion in 2023. This is a project that has spanned multiple administrations and Congresses, and shows the support our river system has in Washington, D.C.

SQUIRES: The Water Resource Development Act effort is about to get underway again. Any insight on the types of projects and funding that could be targeted for our region and supported by both political parties?

MEIRA: We’ve had some really big wins in previous Water Resource Development Act (WRDA) bills, including full spending of annual Harbor Maintenance Tax receipts for coastal navigation maintenance, as well as removing operating restrictions from the federal dredges “Essayons” and “Yaquina” that keep our channels open. In a WRDA bill next year, we have a number of items we’re pursuing. We’re hoping to fine tune an authority that could help our ports create more habitat mitigation banks. We’re also looking for the channel deepening project at the Port of Tacoma to move forward, which is critical not only to imports, but Northwest exports as well. Some language is needed to ensure basic maintenance dredging can take place on the lower Willamette River, which is important to grain exports and other commodities. Finally, there is the hope that the Snake River channel can be better defined, to ensure that future maintenance dredging can be more easily scoped and pursued when the need arises.

SQUIRES: Any other activity on the river that farmers should know about?

MEIRA: Each dam on the mainstem Snake and Columbia rivers has only one navigation lock, so reliability of those locks is critical to getting product downriver to market and inland for inputs. We partner with the Corps of Engineers to identify needs and funding for repair and replacement of components at those locks, rather than waiting for things to fail. The next routine outage will run five weeks, from Feb. 13 to March 19, 2022. This outage will be a few weeks longer than the usual two-week closure to ensure special repairs can be completed at The Dalles Dam. 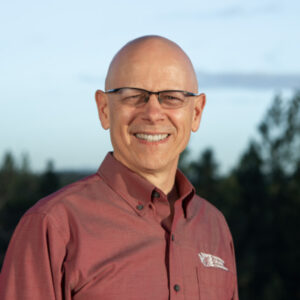