Taiwan is a loyal and long-standing customer of U.S. wheat, mostly for its quality-conscious flour industry. Imports of wheat are about 47.8 million bushels per year, about 80 percent of which is from the U.S. and the rest mainly from Australia and Canada.

Taiwan’s domestic wheat production is negligible at under 367,500 bushels per year. Taiwan has relied entirely on imports for its food wheat requirements for the past 50 years and will likely continue to do so in the future. Per capita, wheat consumption in Taiwan exceeded that of rice several years ago and now is stable at 119 to 128 pounds. Taiwan is a traditional rice country where wheat consumption exceeds rice consumption due to urbanized lifestyles, the sheer variety available in wheat products, and USW outreach activities funded by the U.S. Department of Agriculture’s Market Access Program (MAP) and state wheat commissions, including the Washington Grain Commission. In coming years, it is projected that a fast-aging population will hinder the growth of overall wheat consumption.

The health awareness of Taiwan consumers has risen rapidly during the COVID-19 outbreak. Consumer preference is for clean label and no- or low-additive wheat products. The clean label trend is good for U.S. wheat, helping to increase the probability of growth of high-quality wheat products.

Taiwan has the world’s highest concentration of modern convenience stores with at least one appearing on every city block. They number about 11,000 and include 7-11, FamilyMart, Hi-Life and Circle K. Frozen wheat products, one sector that has benefited from the COVID-19 outbreak, has made it to convenience stores, meaning the fragrance of freshly baked items is gradually becoming commonplace all over Taiwan. Sales of frozen cake and pastry products in convenience stores have grown by more than 20 percent in the COVID era and are expected to grow thereafter.

Acquisition of U.S. wheat has a long history. The Taiwan Flour Millers Association (TFMA) purchases all U.S. wheat for all 16 of Taiwan’s mills as a group, with the emphasis on consistency. The flour market typically specifies a U.S. No. 1 grade of wheat; is very competitive regarding cost and quality; and shows signs of excess capacity.

TFMA was established in 1952 with 38 member flour mills. Currently, only 16 mills are in operation. The top 10 millers account for over 90 percent of the Taiwan flour market. It is expected that a consolidation trend among producers in the Taiwan wheat flour market will continue.

Wheat flour is a favored ingredient in both Western and traditional Chinese foods. Heavy usage of high-protein DNS reflects the industry’s need for strong gluten flour for making products such as youtiao (a fried donutlike snack), loaf bread and rolls, and for blending with high-protein HRW flour to make traditional Chinese flour foods and noodles. Taiwan uses low-protein SW as well as Western White, which is a combination of soft white and club wheat, for cakes, biscuits and pastries. It is projected that by 2025, Taiwan, like much of the developed world, will become a super-aged society. Older people demand softer wheat products, which may indicate the potential to increase consumption in SW products.

The COVID-19 pandemic had a negative impact on Taiwan flour demand as tight virus controls governed assembly and movement, as well as international arrivals and departures. However, Taiwan recently achieved a very high rate of vaccination and changed its COVID strategy to loosen these controls. Although the Taiwan government has not officially announced a lockdown in response to recent Omicron infections, the catering industry and inland tourism business have been hit by the pandemic, and the consumption of wheat flour products has decreased. High global wheat prices and stagnation of Taiwan’s population growth also added downward pressure on wheat consumption. TFMA expects wheat imports to fall by 5 percent in 2022, but also expects wheat consumption will recover rapidly in the first half of 2023 if the pandemic is well contained and wheat prices start to cool. Taiwan also plans to ease border controls in fourth quarter 2022. A good and sufficient U.S. wheat supply in 2022/23 is important to the Taiwan market.

Typical U.S. SW protein is 9 to 10 percent, which has broad acceptance among Taiwan millers. The 2021 Pacific Northwest drought pushed average protein to 11 percent and prompted concern among Taiwan’s flour millers. To help millers understand how the prevailing higher protein found in the new crop would perform, USW collaborated with the China Grain Products Research and Development Institute (CGPRDI) in Taipei to conduct a milling and application seminar in December 2021.

An analysis of typical SW flour compared to the high-protein 2021 SW crop showed millers that the higher protein flour maintained the desired weak gluten strength and baking characteristics. Tests with a flour blend made up of 75 percent high-protein SW from 2021 showed that sponge cakes and refrigerated cookies had similar baking performance and mouthfeel as products made with 9 percent protein SW. Testing included Solvent Retention Capacity (SRC) analysis, giving Taiwan millers a deeper understanding of the properties of the high-protein SW.

The SRC testing apparatus was donated to CGPRDI by the Washington Grain Commission (WGC) in February 2018 with the hope of increasing research into soft wheat products. Without this SRC equipment, USW/Taipei and CGPRDI would not have been able to conduct the effective SRC analysis for Taiwan millers during the difficult period of high-protein SW and the COVID-19 pandemic.

Sharing these results with quality control, research and development staff from Taiwanese flour mills was an important activity to reassure these important customers, who rely on U.S. SW and other wheat classes every year, of the wheat’s continued suitability.

CGPRDI, as a long-standing partner of the WGC and USW, conducts flour analysis and testing for each U.S. wheat vessel purchased by TFMA, which usually amounts to 20 to 24 vessels each year. USW and the WGC helped to establish the CGPRDI school and laboratory in 1967 to provide technical training for the Taiwan baking and milling industries. Recent projects provide credible and reliable cereal testing and analysis geared to the profitability of the industry and the nutritional health of the Taiwanese population. Over the past 40 years, the CGPRDI center has garnered respect and recognition from domestic and international communities and has played a vital role in the development of wheat-based foods in Taiwan.

The U.S. has a long history of bilateral exchanges and forums with Taiwan. However, a full-fledged free trade agreement (FTA) has proven politically challenging due to Taiwan’s status as an independent country while being claimed by China as part of its territory.

For any country to sign an FTA with Taiwan is to directly challenge China’s claims, which have so far been too large an obstacle for Taiwan to overcome with major trading partners. That was reflected in the country’s absence from the Obama Administration’s Trans-Pacific Partnership negotiations and again in the Biden Administration’s Indo-Pacific Economic Framework for Prosperity.

Fortunately, in the last month, the U.S. has proposed to elevate government trade relations with Taiwan through the U.S.-Taiwan Initiative on 21st Century Trade. Though still short of a comprehensive FTA, the initiative will create the largest trade forum to date between the U.S. and Taiwan and will include specific outcomes in trade facilitation and agriculture. The USW team is closely watching the forum and looking for opportunities to further strengthen the trade relationship with one of our most important customers.

This article originally appeared in the July 2022 issue of Wheat Life Magazine. 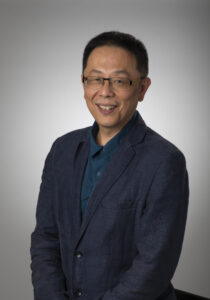 Boyuan Chen is the country director for the U.S. Wheat Associates Taiwan office in Taipei. 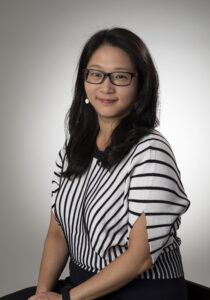 Fiona Lee is the administrative assistant and accountant for the U.S. Wheat Associates Taiwan office in Taipei. 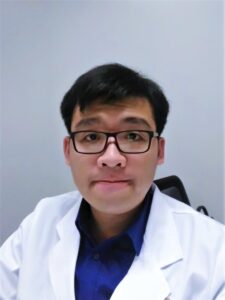 Wei-Lin Chou is a technologist for the U.S. Wheat Associates Taiwan office in Taipei.