Stripe rust of wheat occurs every year in the Pacific Northwest (PNW), but the rust pressure and potential damage vary from year to year, mainly due to the variable weather conditions. Thus, the control measures can be different from year to year.

Over the last 46 years, from 1975 to 2021, the potential yield losses, which are the yield reductions in highly susceptible wheat varieties in plots allowing stripe rust to develop in comparison with plots sprayed with fungicides to protect crops, ranged from near 0 in 2021 to 90 percent in 2011, with an average loss of 34 percent. However, the average potential yield loss in the last 20 years, from 2002 to 2021, increased to 43 percent with a standard variation of 21 percent, indicating big fluctuations from year to year.

Stripe rust can be controlled mostly through breeding and planting resistant varieties and applying fungicides when needed. Growing resistant varieties is considered the most effective, economic, easy-to-use and environmentally friendly method of control. In the PNW, breeding for wheat varieties with resistance or tolerance to stripe rust started in the early 1960s, with the first variety, Nugaines, that had a low level of resistance, which was identified later as high-temperature, adult-plant (HTAP) resistance. During the last 20 years, almost all commercially grown varieties have at least some levels of resistance. The overall resistance in the commercially grown varieties has been able to reduce the average potential yield loss from 43 to 8 percent.

Depending upon winter weather conditions, stripe rust can start developing either early or late. We have developed and used a set of models to predict stripe rust. In the past decade, the prediction models for potential yield losses worked very well as they were mostly in the same observed epidemic categories. These categories include low (less than 20 percent), moderate (20 to 40 percent), severe (40 to 60 percent) and extremely severe (more than 60 percent) yield losses on highly susceptible varieties. For example, in 2020, stripe rust was predicted in January to cause 44 percent yield loss and a 48 percent loss in March on the winter wheat susceptible check (PS 279); the yield loss of this variety was determined as 48.6 percent in our field experiment. Although stripe rust was predicted quite low (22 percent) in March for the 2021 crop season, the disease did not cause any significant damage due to the unusually dry and hot weather conditions from May to July.

This article originally appeared in the April 2022 issue of Wheat Life Magazine. 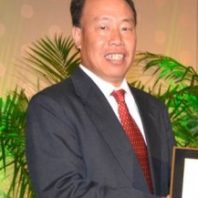 Xianming Chen is a research plant pathologist with the USDA-ARS and an adjunct professor at Washington State University. His research interests include foliar diseases of wheat and barley, especially rusts. He also works on epidemiology and control of rusts, including cultural, chemical, and disease resistance. His work contributes to the development of models for predicting rust epidemics. Read more about Dr. Chen.