The second RiverFest held in Columbia Park on the shore of the Columbia River on September 7, demonstrated that the first event was no fluke.

More people, more exhibits, more food vendors and more entertainment meant more opportunities for educating families about the benefits of the Lower Snake River dams. The Washington Grain Commission (WGC) provided $10,000 in funding for RiverFest, joining with Idaho Wheat and the Port of Pasco as major sponsors. The Pasco Chamber of Commerce organized the event which saw 4,200 residents attend.

The WGC provided a fun break for parents with its “wheatbox” exhibit, that is, a large sandbox filled with wheat. Kara Kaelber, who directs the WGC-funded Wheat Week program conducted under the auspices of the Franklin Conservation District, built the box and Damon Filan, manager of Tri Cities Grain and a commissioner on the WGC, made sure it was filled with wheat.

Anyone who has ridden in the back of an old-time grain truck at harvest knows that wheat provides a totally different sensory experience than sand. The youngsters who found the wheatbox at RiverFest agreed, with some burying their heads in the grain, although most just buried themselves.

Located strategically around the wheatbox was signage sponsored by the WGC informing parents about the benefits of the Lower Snake River dams. Like the $24 billion the wheat industry contributes to the regional economy, the efficiency of barges over rail and trucks, not to mention the enormity of how much of the region’s wheat moves on the river.

The wheatbox also provided a gathering spot to conduct interviews of individuals for the WGC-sponsored podcast, Wheat All About It! The RiverFest podcast is scheduled to air Oct. 8. If you don’t already subscribe, it’s easy. iPhone users have a dedicated podcast app loaded on their phones, Droid users can download Stitcher, among other podcast apps, to subscribe to the podcast.

Although the media tend to report on those who oppose the Lower Snake River dams, pitting them against agricultural interests, an informal survey of those who attended RiverFest2019 revealed a lot of people in the middle. Even though their livelihood isn’t directly impacted, they understand the dams’ value and don’t want them to be breached.

Tom, a retiree from California to the Tri Cities, talked about how integral the river is to the community. “There’s something special about the river and how this community interacts with it,” he said, adding that he has bought a boat and “you can’t beat taking the grandkids out on the river to enjoy it.”

Shawn, a young man with a two-and-a-half-year-old, understood the controversy over the dams, but said: “I’m an electrical engineer and I would say dams are one of the greatest sources of renewable energy that we have. Without dams we would have to use a lot more fossil fuels to supply our energy.”

Jessa, a 20 something, saw an announcement for RiverFest and came because she “likes learning.” She said the event brought back memories from when she participated in Salmon in the Classroom when she was in elementary school. “I believe dams are a good thing. They provide a lot of power and energy that is already there that we can use,” she said.

You can see more photos from the 2019 RiverFest at the Washington Grain Commission Facebook page. Following two successful events, the Pasco Chamber is considering making RiverFest an annual September celebration. 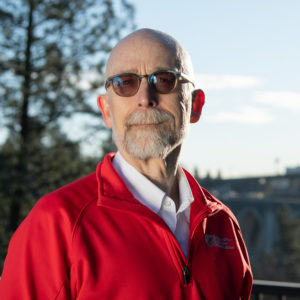 By Scott A. Yates