“I have the second-best job in the world,” said Aaron Esser, Washington State University (WSU) Cooperative Extension agent and the Adams County Extension director. “Farming is the best job of all, but I have the opportunity to be heavily involved in the ag industry, conducting research that improves how growers are operating their farms.”

Born in North Idaho Palouse country, Esser was raised on a family farm that grew wheat, peas, lentils and barley. Their farm near Genesee utilized both three- and four-year rotation patterns. Some of their farmland actually was on the Washington-Idaho border near Uniontown. With a farming career not in the cards, Esser opted to earn a degree in ag economics at the University of Idaho (UofI).

“That provided me with reasonable in-state tuition at a university with a very good college of agriculture,” said Esser.

Esser kept very busy during those years, often leaving campus in the afternoon to go work for farmers until 8 or 9 p.m. By 1995, Esser had completed his bachelor’s degree in ag economics and agribusiness with a minor in crop science. Before graduation, he had accepted a position with a large corporate ag company. He soon became disillusioned with their emphasis on company profits over customer service and decided private industry wasn’t the career track for him, returning to UofI to earn a master’s degree. Esser finished his master’s in plant science in 1998 and soon after that, joined the team at WSU Extension.

When he began with WSU, his research focus was working directly with Adams County farmers on best management practices for reducing dust emissions caused by wind erosion. This work continued for nearly 10 years.

“Area farmers have made great strides in reducing wind erosion, and I applaud them for the progress they have made,” noted Esser. “Rarely do you see severe dust storms from farmland soil causing problems anymore.”

Following that, Esser spent the next eight years concentrating on wireworm research in cereal grains products. That problem has now been greatly mitigated with more grower awareness and better preventive tools to fight the wireworms.

Now in his 24th year with WSU Extension, Esser is centering most of his research work on helping growers adopt minimum tillage and direct seeding systems. Along with that, he is encouraging more intensive crop rotations to improve soil quality, productivity and farm profitability. He makes many public presentations for growers showing the potential value of adopting new farming methods and using precision agricultural equipment. He is sometimes discouraged with the reluctance of some growers, but understands that it is not an easy or quick transition to make.

“I have had growers bring their ag lenders to my seminars, or other farm family members who were resistant to spending the funds to modernize and update their operations,” he explained. “Several times, they have changed their minds when they learn that the new equipment and practices can pay off in a year or two and continue to save them money and bring higher yields in future crop years.”

Esser stresses that every region has its own unique advantages and challenges.

Occasionally, Esser will be visiting with people outside the ag industry who complain that most farmers are millionaires. Esser agrees that on paper, many farmers are millionaires, but that doesn’t mean they are cash rich. So much of their wealth is tied into the land and the equipment, even large farmers can’t afford to spend inappropriately.

“Most of these farms have grown over four or more generations,” said Esser. “Great-grandfather started it with almost nothing and scraped by, built the farm up, grandfather built upon that, and so on. These farm families have worked hard for many decades to build these farm businesses. And all this while having no control over the prices they receive for their crops, or what weather conditions Mother Nature hands them each year.

“If it was so easy and profitable, why is less than 2% of the U.S. population involved in production agriculture?” he asked. “I would say it is because it demands long, hard hours of labor, and it is a very complex, sophisticated business.”

Esser splits his time between his Ritzville office and the Wilke Research Farm in Davenport, Wash. The Wilke farm was donated to WSU by Buelah Wilke in the 1980s. It is approximately a half-section of farmland with more than 300 acres of viable cropland. Along with all of the research projects Esser conducts, several WSU crop breeders and weed scientists also have plots there, including Mike Pumphrey, Arron Carter, Isaac Madsen and Ian Burke.

The Wilke farm must provide its own funding through research grants, donations of equipment, and crop sale profits. To date, Esser has generated more than $1 million in grants and awards for his research work. Recent equipment donations for the Wilke farm were a seed drill that will need some refurbishing and a John Deere combine that was used for harvest this year.

When asked about the biggest challenges facing Pacific Northwest (PNW) farmers over the next decade, Esser had one answer — weeds.

Esser also mentioned that several weeds have begun to show herbicide resistance, which could severely affect weed control in the future. Russian thistle, wild oats, Italian ryegrass and cheat grass have all shown herbicide resistance in various regions of the PNW. He has research projects studying the resistance of cheat grass and other weeds on the Wilke farm. He is excited about using soil-active herbicides for control of cheat grass and other weeds. A soil-active herbicide is applied to the topsoil and is absorbed into the weeds either by the roots or by the shoots of the plants using the existing moisture in the soil. Esser believes their use may help in weed control and lessen the use of some of the long-standing products that weeds are developing resistance to.

Esser and his wife, Jodie, have four children: Brooke, Bryce, Blake and Brenik. The youngest, Blake and Brenik, are both in high school. In his spare time, Esser enjoys attending his kids’ sports activities and elk hunting.  Esser can be reached at his office in Ritzville at (509) 725-4171 or at aarons@wsu.edu. 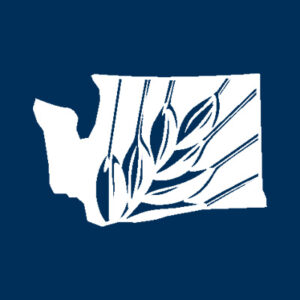 Kevin Gaffney is a contributing author for Wheat Life Magazine.