It’s getting better all the time

When asked what he’s come to love about being Washington State University’s (WSU) winter wheat breeder after a decade on the job, Arron Carter said his interaction with growers and getting to know them and their concerns is at the top of the list.

“It is really rewarding for me to be able to work with farmers to find the problem and then to develop a product to solve that problem. That is a part of the job I really love,” he said.

As for something he doesn’t love, cutting head rows by hand in the heat of the summer is right up there.

“That is a job I don’t know I’ll ever fall in love with. It’s in the hottest part of the year, and you get all nasty and dirty out there. But there’s not many things I don’t love about the job,” he said.

Carter said his decade of experience has not only given him a more complete understanding of the process of plant breeding, he now knows much better how everything fits together.

“Over time, you learn the process and how it works, from making a cross to developing a cultivar, and how it all fits into the entire system. And, of course, with additional time in the game of making selections, I understand what is important and what isn’t, where to focus my time, and what technologies are going to be useful to make me more effective, some of which is just trial and error,” he said.

Although a private company did ask Carter whether he was interested in jumping ship during his time at WSU, he said a university environment suits him.

“I definitely enjoy being at the public institution. One of the big things for me is recognizing the great mentors I had that got me where I am with my education and paying that forward. Training new graduate students and having that teaching component is something I really enjoy,” he said.

In 2016, Carter and WSU spring wheat breeder Mike Pumphrey were named co-chairs of the Vogel Endowed Chair in Wheat Breeding and Genetics, an endowment created by the Washington Grain Commission, which provides additional funding to their programs.

“Building on the legacy of Dr. Vogel and all the other wheat breeders that came before, to follow in their footsteps and build upon their legacy is a great honor,” he said, explaining that the Vogel endowment funds allow his program to bring in new technologies to become more effective, including such things as drones, high throughput phenotyping and work with genomic selection to make predictions for different traits.

Although the Washington Grain Commission earmarked $527,000 to Carter’s program in the 2020/21 budget year, he estimates that on an annual basis, funding support, including WSU’s contribution of salaries; office, lab and greenhouse space; vehicles, and federal money, the figure is closer to $1.2 to $1.5 million. That spans everything from the breeding program to the graduate students assisting in the research. As to whether that’s enough, Carter said he’s satisfied, but indicated if he had more, that would allow additional trial locations because, “the more data we can get back the better we are.”

This article originally appeared in the January 2021 issue of Wheat Life Magazine. 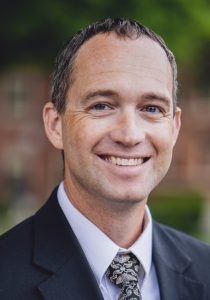