Fusarium crown rot of wheat is probably the most widespread of all root and crown diseases in the PNW.  It is found in all precipitation zones and cropping systems–from conventional to no-till. It causes an average of 10 percent yield loss most years but can be as high as 30 percent.

The disease causes a characteristic chocolate colored browning of the lower stem and roots (Figure 1). Under high disease pressure, the fungus can block the flow of water and nutrients to the heads, resulting in white-heads and shrunken kernels.

Survey work done as part of the PhD thesis of Grant Poole, sponsored by the Washington Grain Commission (WGC), showed that there are two species  present in over 90 percent of the fields, sometimes with both species together.  These are the fungi Fusarium pseudograminearum and F. culmorum.  Both species attack mainly grasses and cereals such as wheat, barley and oats.  Unfortunately, these fungi can persist in the soil in the absence of a grassy host.  They can survive in wheat residue and F. culmorum can form thick-walled spores called chlamydospores that survive in the soil for over 7 years.

This disease is especially serious in water-stressed or drought stressed plants, which causes the pathogen to spread in the crown and causes whiteheads.  One of the cultural management methods used over 30 years is to avoid water stress caused by overfertilizing with N in excess of projected soil water.  This causes large amounts of vegetative growth and then depletion of the soil water supply.

The best long-term solution is genetic, but it is also one of the most difficult to attain.  This disease is also a major limitation in Australia and North Africa.  Australia has devoted tremendous research resources to develop genetic resistance over the last 30 years but have only obtained some moderately tolerant varieties.  Unlike rust resistance, there are no major genes, but many minor genes that have to be combined. There is also a strong genotype X environment interaction, which makes it difficult to consistently rate in the field year after year.

What progress have we made the last few years, thanks to WGC funding?

Using a mapping population from a cross with Sunco (an Australian parent) X Macon and Otis (two PNW varieties), Grant Poole found several minor genes (QTLs) for resistance to F. pseudograminearum, including one on Chromosome 3B.Expanding on this, Yvonne Manning, as part of her PhD thesis, rated a diverse global spring wheat collection for resistance.  A complete range of responses was discovered with scores ranging from 0 to 10 among the 600 accessions. Marker trait associations (MTA) were identified on chromosomes 1A, 2B, 4D, 5A, 6B, and 7A. Chromosome 2B, 4D, and 7A may reflect novel sources of resistance.

Because of the difficulty of working with the disease in the field, we screen most of our material in the greenhouse, by growing the fungus on millet seed and inoculating seedlings in containers (Figure 2).  Yvonne Manning optimized the disease expression by modifying the procedure to more closely mimic disease-favorable conditions in the field.

We grow the seedlings at cool temperatures initially and inoculate at high humidity. The temperature of the growth chamber is increased gradually, and drought stress is imposed as the plants mature. This has resulted in higher, more consistent disease readings.  With this method, we are now able to screen hundreds of early development material and existing varieties, with the goal of finding the most highly susceptible so these can be avoided.

Eventually, we need to screen in the field.  A previous master’s student, Dylan Larkin assessed disease in variety testing sites under natural inoculum in the intermediate precipitation area (Harrington, Reardan) for two years.   However, the results were confounded by eyespot (strawbreaker foot rot) which can also cause a symptom on the lower stem that could be confused with Fusarium crown rot.

In 2018 we started a natural Fusarium nursery at Lind, WA.   We planted durum wheat, which is highly susceptible to both Fusarium species to establish high inoculum levels in the soil.  We irrigated then cut off the water to stress the plants and create more disease.  This year we planted our screening trials into stubble.  After a few years of this approach we will have a ‘hot’ nursery to evaluate the disease in the field.

Another approach is to look beyond our narrow PNW and US genetic material to find resistance/tolerance to this disease.  CIMMYT has recently developed a new population of synthetics.  CIMMYT is an international center that develops germplasm for breeding programs around the world.  We have collaborated for many years with CIMMYT Turkey, which works with the disease in the Middle East and North Africa.

Synthetic wheat is developed by crossing durum wheat with Aegilops tauschii, the original D genome donor of wheat.  This recreates the cross that happened 10,000 years ago to create bread wheat.  This population of synthetics has been screened in Turkey and found to have resistance to multiple diseases.  We are presently screening these synthetics to several soil borne diseases, including Fusarium, and finding a number of tolerant/resistant lines. We have crossed the synthetics with current spring and winter wheat breeding lines from the USDA and WSU breeding programs. Figure 3 and 4 compare a screening of adapted winter wheat lines to the synthetics.  There are many more green (resistant) lines in the synthetic compared to the adapted lines.

Fusarium can be a difficult pathogen to work with because it is usually found in a complex with other pathogens in the field and the symptoms of the disease are exhibited several months after the wheat is infected.  After several years of screening and working with this disease, however, we are making progress. We have good screening systems in place, we have characterized the genetic control of the disease and we have identified new sources of resistance and begun to incorporate them into PNW wheats. 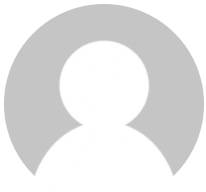