Barley, one of the world’s first domesticated crops, has been grown since the dawn of agriculture. Hardy, with a multitude of uses, including as a food and an animal feed, its paramount use throughout history has been as malt used in the production of beer and distilled spirits.

In this role, barley has had an immeasurable impact on civilization as it has played a lubricating role in an array of social interactions and, indeed, agricultural infrastructure. The word “barn” originally meant “barley-house.”

Today, brewing and distilling industries are a multi-million dollar presence around the globe, but recent research suggests that climate change could imperil the production of quality malt needed to meet these needs. Barley production is predicted to suffer substantial yield losses, ranging from 3 to 17 percent, depending upon warming temperatures and changing rainfall patterns. But these production shortfalls may increase domestic demand as they create new opportunities in the international malt barley market.

Thirty five years ago, in 1985, barley production in Washington state stood at 400,000 harvested acres. Almost all of this was feed barley. As a result, the Washington State University (WSU) public breeding program was centered on developing six-rowed feed varieties. However, as corn took over the feed market, Washington barley acreage plummeted. In 2020, a dismal 70,000 acres of barley were harvested in the state.

The feed barley market is not going to return, but I believe malt barley, which brings a price nearly double that of feed, will increase in demand. As the Robert A. Nilan Chair of barley research and the WSU barley breeder, I would like to see our state become a major producer of malting barley for both domestic and international use.

This will not only require marketing efforts to champion the region for its premium malt barley production, but also necessitate the creation of infrastructure to easily get the state’s barley into the hands of end users. But first, broadly adapted quality malting barley varieties are needed, and that is no easy task. It requires bringing together optimal genetic packages for broad adaptation that meet quality parameters and provide excellent agronomics.

The major goal of both spring and winter classes of malt barley is the development of varieties that can make the American Malting Barley Association (AMBA) recommended list. Meeting these standards are necessary in order that large malting facilities like Great Western Malting will contract for the varieties. Although we will continue to develop malt varieties directed at the craft malt and brewing industry, these sectors do not demand the large acreage of commercial malt barley that we are targeting in the future.

To quickly achieve efficiency in the WSU malt barley breeding program, adding and upgrading equipment, instrumentation and technologies was paramount. Funded by the Washington Grain Commission, the most important addition to instrumentation and capabilities included the installation of the state-of-the-art WSU Malt Quality Lab. Located on the Pullman campus adjacent to our barley breeding and molecular lab, we will begin analyzing 2019 field season material in February. This addition will provide us with much greater efficiency when selecting early and late generation materials for malt quality.

To aid rapid early generation selection, we also equipped the WSU barley breeding and molecular lab with the capability to run DNA markers and added the computational power to provide bioinformatics analysis. In collaboration with Deven See of the U.S. Department of Agriculture’s cereal genotyping lab, we developed a panel of 100 DNA markers associated with malt quality traits. These initially focus on malt extract, low protein and low beta-glucan, the three main malt quality characteristics lacking in the current material coming down the WSU breeding pipeline and a requirement of AMBA recommendations. This will allow us to utilize DNA marker-assisted selection strategies to make early generation quality predictions and select progeny for malt quality characteristics.

Early generation material and advanced yield trials will be enriched for malt quality so we can concentrate on selecting for farmer traits including yield, height, standability and disease resistance in the field utilizing traditional selection strategies. This capability will also be important in the winter malt barley selection process as we begin advancing those materials in the program.

To aid in later generation selection, our new “Wintersteiger classic plus” plot combine with the Harvest Master H2-Classic weighing system was a major upgrade. The new combine provides us with real-time yield, test weight and moisture data, saving time and resources previously dedicated to threshing and analysis. This will allow for greater field capacity of later generation lines, which will be very important as we add winter field nurseries and trials to the breeding program.

As we further optimize and streamline our selection processes using high throughput genotyping and phenotyping procedures, we intend for the Washington Grain Commission’s early infrastructure investment to have a measurable impact in optimizing our research. I believe the investment in time and resources will expedite the development of AMBA-recommended malt barley varieties.

The goal of my career at WSU is to develop an excellent malt barley breeding program and to see a major increase in barley acreage to supply quality malting barley for domestic as well as international markets. Considering that this is my first full year as WSU’s barley breeder, I believe my team, consisting of Max Wood, field manager; Gazala Ameen, lab manager; Shyam Solanki, post-doctoral research scientist; and Ph.D. students Shaun Clare, Karl Effertz, Arjun Upadhaya and Matthew Brooke, have made excellent progress towards achieving our long term goals.

This article originally appeared in the February 2021 issue of Wheat Life Magazine. 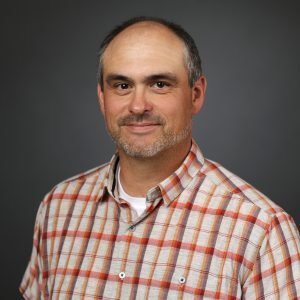 Robert Brueggeman, Ph.D., holds the Robert A. Nilan Endowed Chair in Barley Research and Education at Washington State University. His breeding program focuses on the development of high-quality spring and winter malting barley varieties that are widely adapted to diverse regions of Washington State. Read more about Dr. Brueggeman.