Are the Insects Leaving Us?

“The Little Things That Run the World” (insects, that is) was the intriguing title of an address by the famed biologist E. O. Wilson at the 1987 opening of the invertebrate exhibit at the National Zoological Park, in Washington D.C. Of course, no one group of organisms ‘runs’ the complex ecosystems of Earth. Still, insects are hugely important, and without them life on earth as we know it would cease.

That’s because of the services they provide through pollination, decomposition and nutrient cycling, supporting soil health, and serving as essential food for many birds, mammals and freshwater fish throughout the world. So, when you hear a bird call, catch a trout in a favorite stream, or eat almost any type of food, you have insects to thank. On top of that, if we take a moment to appreciate them, insects are tiny emissaries that offer a glimpse at the awesome diversity and beauty of nature.

That’s why recent reports that the insects may be in decline throughout the world is a concern. A 2017 study by European entomologists found that the weight of flying insects in 26 German nature reserves had decreased by 75 percent over just 27 years. That study drew attention to similar reports. A 2014 review in the magazine Science showed that invertebrates (mostly insects) had declined by about 45 percent globally in the last 40 years. In Puerto Rico’s Luquillo National Forest reserve between January 1977 and January 2013, the number of insects caught in traps had declined many-fold. Another recent review documented declines of populations of certain butterflies and moths, wild bees, hover flies, ground beetles, ladybird beetles, dung beetles, dragonflies, mayflies and others around the world.

Media coverage of these studies evokes the frightening prospect of an “Insect Apocalypse” – in which the loss of insect diversity leads to collapse of ecosystems – as well as calls for increased efforts to conserve insects everywhere. Calmer voices point out that most of insect biodiversity has yet to be measured and that more study is required to determine whether insect diversity and abundance is declining, which insect groups are affected, and whether the effects are local, regional, or global.

Furthermore, why declines are occurring anywhere is not fully understood. Reasons most often cited are habitat loss and degradation, nontarget effects of insecticides, changing climates, light pollution, and the ongoing global movement of species that disrupts ecosystems. Combinations of these and other factors likely produce effects on specific insect species and habitats. Recognizing and addressing these knowledge gaps is essential to understanding the problem and taking appropriate, science-based action to address it.

So, what about the insects here in Eastern Washington and Northern Idaho? First, we might think of the pest species affecting our agriculture, forests, human health and home gardens. Unfortunately, these species do not seem to be in decline. Rather, the region has become home to new pests over the past few decades, like the cereal leaf beetle, Oulema melanopus, (CLB.jpg) and the ‘wheat-grass aphid’ Metopolophium festucae cerealium (MFC.jpg) in cereals, and the balsam wooly adelgid, Adelges piceae, in forests. Long-term monitoring of aphid pests of legumes and cereals with suction traps have detected lots of variation among years, but no consistent multi-year trends in their abundances. On the other hand, there have been declines of some iconic non-pest insect species in our region.

Western populations of monarch butterflies (Danaus plexippus) have been declining for 20 years, including an 86 percent decline in 2018. The Western bumblebee (Bombus occidentalis), (photo?) formerly common throughout our region, has become less abundant since the late 1990s, and the Morrison bumble bee (Bombus morrisoni) has declined by nearly 90 percent during the same period. Two regional species of tiger beetles, the Bruneau Dunes tiger beetle (Cicindela waynei) and the Columbia River tiger beetle (Cicindella columbica) (Figs?) have undergone large range contractions. Several dozen bee and butterfly species in our region are listed by the Xerces society as vulnerable or imperiled because of their small populations and declining habitats.

These declines are part of nationwide trends affecting butterflies, native bees, tiger beetles and other taxa. Apart from individual species of concern like these, however, there are no data suggesting a wholesale decline in insect diversity and abundance in the inland Pacific Northwest. One possible explanation is that the loss of native habitat, a major cause of insect declines, has been relatively slight here over the last few decades. Rather, the major loss of habitats occurred here when the region’s prairies were converted to agriculture, and when much of our old growth forests were harvested. Those transformations presumably reduced native insect biodiversity, but since there is little information about the original insect communities, that is uncertain. Even today, the difficulty and expense of comprehensively documenting insect and abundance is an impediment that leaves us with insufficient information about any ongoing, wholesale trends in our region.

It does seem certain, however, that we should preserve what remains of our native insects as part of our heritage and for the ecosystem services they provide. The trends in studies from around the world can be our wake-up call to valuing and preserving what we have. Although agriculture predominates in our landscapes, there remain numerous small fragments of less disturbed and native vegetation (PP.jpg). Despite the fact that they cover less than 1 percent of the original extent of prairie, researchers at the University of Idaho and Washington State University have found that they support hundreds of insect species, including wild bees, ground-dwelling insects, and plant-feeding insects associated with native plants. Work is needed to describe these insect communities more fully and determine whether they are stable or in decline, but preserving or restoring their habitats can prevent declines that would certainly follow if these habitats were to be lost.

In addition to preserving native habitats, diversifying farming systems can help support more diverse insect populations. Cover crops introduced into cereal-based systems, especially flowering species (CC.jpg), support much higher insect diversity than the crops or fallow land. Use of cover crops is currently very limited in our region, but there is increasing interest among producers, and wider adoption could have a big impact on insect diversity, perhaps working together with conserved prairie remnants to support diversity at the landscape and regional scales.

On forested land, the recent trend to manage for increased conifer diversity will have the additional benefit of increasing insect diversity. Furthermore, even small meadows embedded within forest stands greatly increase the diversity of butterflies, and probably other insects as well. At our homes, insect diversity can be supported by minimizing insecticide use by incorporating diverse native plant species into our gardens.

Reports of insect declines and uncertainty about their scale and causes highlight perhaps the biggest challenge we face concerning insects: how little we know about them. We only have named about one million of the estimated five million insect species in the world. New species are continually being discovered, and we just don’t know all of the ecological functions of most of these species. Management of our lands in ways that can help protect insect biodiversity will allow us to preserve these functions while we come to better understand them. This is a need in human dominated landscapes throughout the world, including our beautiful inland Pacific Northwest.

Sanford Eigenbrode is a University of Idaho distinguished professor and entomologist 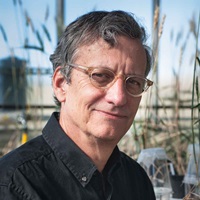